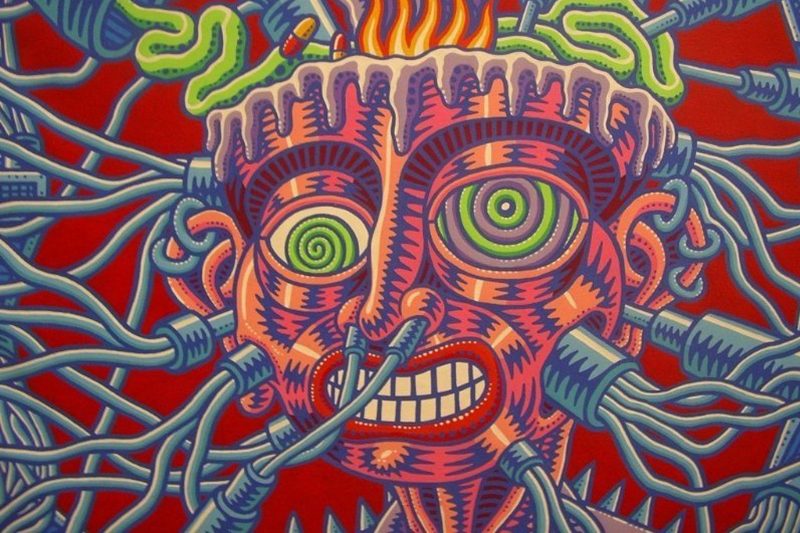 Christophe Guiraud, A Woman bathing in a stream, Haptomai I

An original program where the emblematic work of the visionary composer, Fausto Romitelli (1963-2004), is put into perspective with the new works of the young composer, Christophe Guiraud (1974), commissioned by Ensemble21 and Festival Ars Musica 2013

Romitelli’s Professor Bad Trip (1998-2000) is inspired by the mescalinian works of Henri Michaux, Francis Bacon’s paintings and Gianluca Lerici’s comic strips. This ‘contemporary baroque’ music is deeply influenced by psychedelic rock from the 1970’s and 1980’s, by Jimmy Hendrix’ guitar and techno music.

In line with Romitelli’s work, the starting point for A Woman Bathing in a Stream (2013-2014) is also a painting – the famous Young Woman bathing in a Stream by Rembrandt. Composed as a triptych, the piece translates the movement of the gaze upon the intimate matter of the painting. It tries to make graspable (haptomai refers to the sense of touch, the tactile sensation) the gesture of the painter, movements of his paintbrush, and tries to ‘reformulate’ the painting by creating a soundscape where « form can appear through timbral gestures »

The program includes the screening of an original video montage, created by composer Christophe Guiraud, featuring the paintings that inspired Romitelli.

In collaboration with Espace Senghor and Henri Pousseur